Ministers responsible for energy affairs from Burundi, Rwanda and Tanzania expressed their appreciation for the good progress of the ongoing construction of the Regional Rusumo Falls Hydroelectric Project (RRFHP). Hon. Come Manirakiza, the Burundi Minister for Hydraulic, Energy and Mines, Hon. Amb. Claver Gatete the Rwanda Minister for Infrastructure, and Hon. Dr. Medard Kalemani the Tanzania Minister for Energy, who together constitute the Council of Ministers (CoM) for the project made the statements while visiting the project on 21st June 2019.
Briefing the press during the site visit, Hon. Amb. Claver Gatete said the progress they have witnessed was impressive, as so much work had been done on site compared to their last visit to the project site in February 2019. “We have seen tremendous progress  so far and witnessed that the works on the dam have progressed well when compared to how it was last time,” Hon. Minister Amb. Gatete said. “We have noted that they have managed to overcome the challenges that had occurred at a water intake tunnel that will lead water to turbines. We also noted that the excavation works at the powerhouse have already been finished and that the electro-mechanical activities are in good progress,” he added. While appreciating the progress so far, the Ministers directed the contractors to speed up the work in order to complete the project on time.
“We understand that key project construction components have made good strides.” Hon. Dr. Minister Kalemani, the Tanzania Minister who is also the project Council of Minister (CoM) chair stated in his interview. “The dam spillway, dam power intake, inlet chamber and penstock are all advancing well. The tunnel, 700-metre long beneath a Tanzanian hill, that will lead the river into three turbines, transforming it into electricity, is also in progress,” he added.
The Burundi Minister, Hon. Come Manirakiza also expressed his appreciation of the project. “This project is an example of good partnership by the three East African countries,” he said.  Overall construcion of this trans-boundary project had reached 50% overall level of completion as of July 2019. 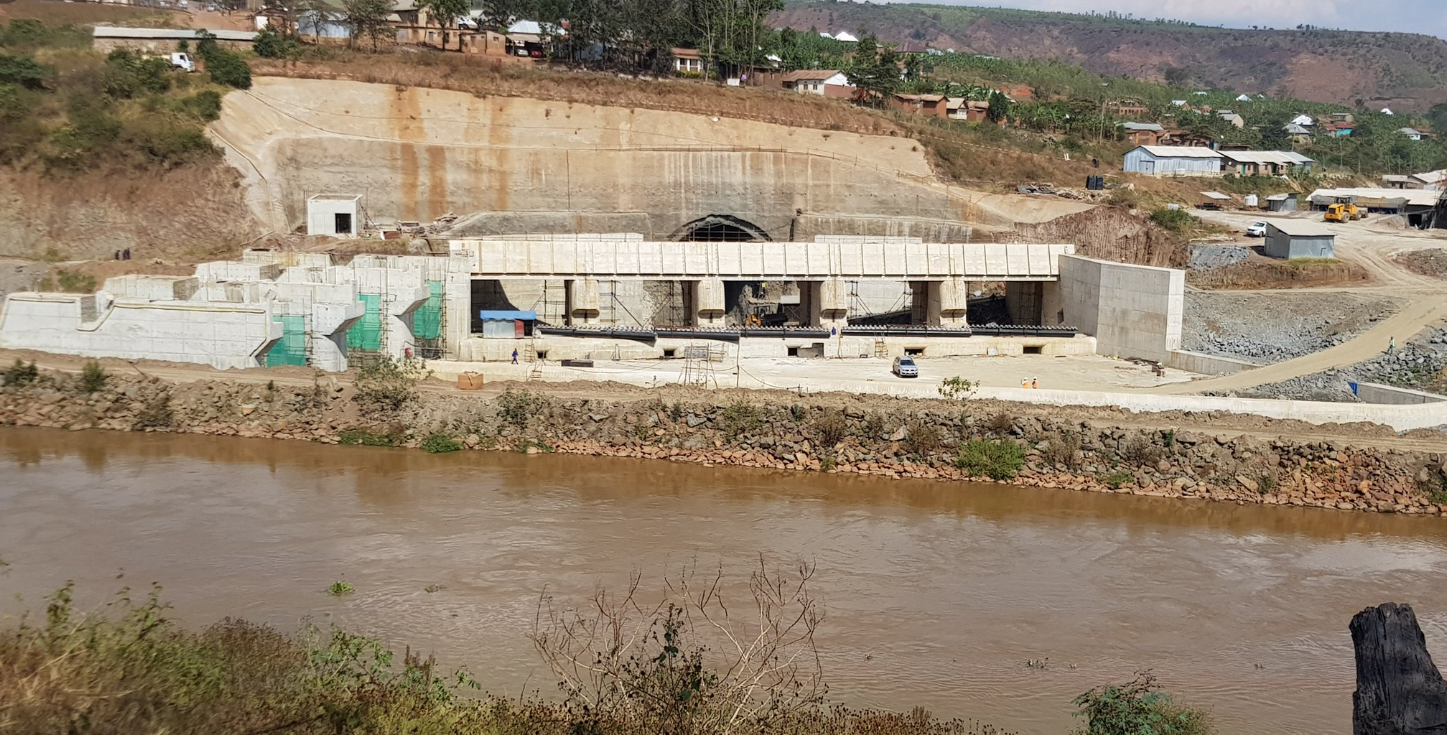 About the Regional Rusumo Falls Hydroelectric Project (RRFHP)
The Governments of Burundi, Rwanda and Tanzania agreed to build a joint development project and established a special purpose vehicle (SPV), the Rusumo Power Company Limited (RPCL) with the primary objective of generating 80MW hydroelectric project that will be shared equally among the three countries.
RPCL delegated and authorized the Nile Equatorial Lakes Subsidiary Action Program Coordination Unit (NELSAP-CU), which is the one of the two Nile Basin Initiative (NBI) investment programs to implement the Regional Rusumo Falls Hydroelectric Project (RRFHP) handing over the USD 340 million funding from the World Bank for the construction of the 80 MW Hydropower Plant and other corporate social responsibility (CSR) for implementation of the Local Area Development Projects (LADP).
Countries mobilized another USD 120 million fund from the African Development Bank (AfDB) for construction of the Transmission Lines from the RRFHP switchyard to national grids of the three countries.
The RRFHP project has so far employed 294 Rwandans, 268 Tanzanians and more than 100 Burundian casual labourers, many of them from the neighbouring districts.