LEAF II project of NELSAP has completed construction of five modern fish landing sites in D.R Congo and Uganda on the trans-boundary lakes Edward and Albert that will serve 14,528 fishers daily in both countries and improve the processing of 6,840 tons of fish annually. 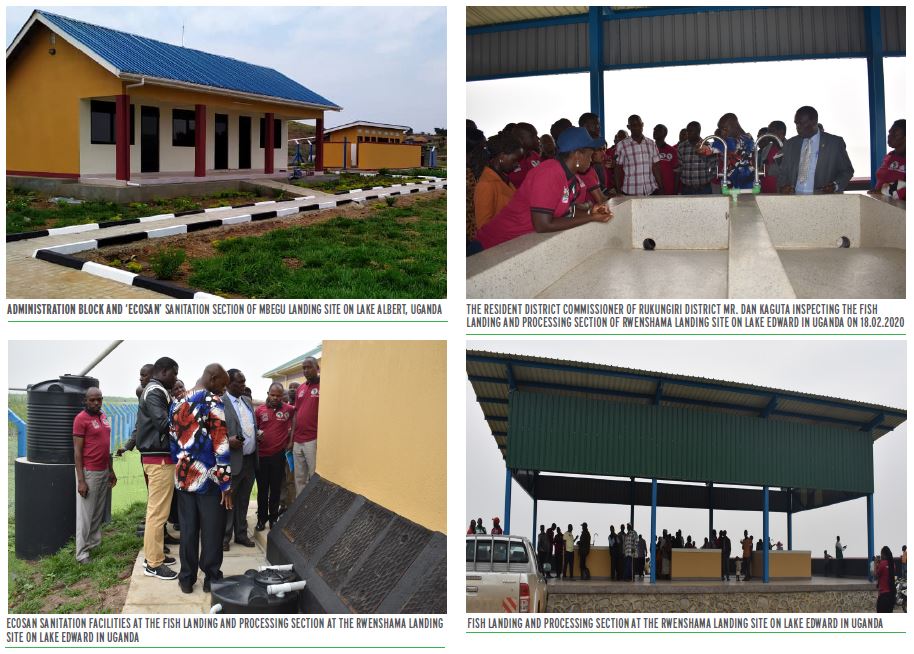 The completed landing sites are Mahagi landing site and Vitshumbi in the D.R Congo and Rwenshama, Mahyoro, and Dei landing sites in Uganda. Each of these sites consists of a modern fish landing and processing facility, solar powered potable water supply system, ‘ecosan’ sanitation facility, hygienic sun drying facilities, modern fish smoking kilns, an administration block with fisheries officer’s offices, secure fencing and access roads. Another four landing sites at Tchomia and Kyavinyonge in D.R Congo and Kitebere and Mbegu in Uganda are nearing completion. The landing sites are expected to significantly reduce the high post-harvest losses of fish, which according to recent LEAF II research were up to 25% of all catches, improve fish prices through better fish handling and energy efficiency through modern kilns that are 50% more efficient. This initiative is supported through a grant and loan to D.R Congo and Uganda respectively from the African Development Bank (AfDB) and was implemented in collaboration with the NELSAP-CU/NBI.

“To me the most important part of this facility are the fish handling, the smoking areas and the Fisheries Officer’s offices, because with these, the sanitation, cleanliness and quality of fish from Rwenshama will improve and this will lead to better prices,” said Mr. Dan Kaguta, the Resident District Commissioner of Rukungiri District of Uganda. He was speaking on 18th February 2020 during the ‘Technical Handing Over’ of the completed Rwenshama Landing site to the Rukungiri District Local Government.

“We have been thinking of the global market, packaging and adding value to the fish, which we couldn’t do because we didn’t have proper fish handling facilities, but now we will pursue it,” he added.

“On behalf of the people of Rukungiri, I would like to thank the Government of Uganda together with its partners the LEAF II Project, NELSAP and the financiers for this facility, we now look forward to receive fish cages from the project that will increase fish production and incomes from Rwenshama,” said Mr. Anderson Katebere, the Chairperson of Rukungiri District Local Government.

The Ministries in charge of Water and Fisheries in the D.R Congo and Uganda through an inter-ministerial Technical Project Management Team were responsible for overseeing construction and technical evaluation of the contractors and construction process of the landing sites.

Some of the completed sites have been handed over to the District Local Governments for a ‘test run’ period, which will help evaluate the functionality of the landing facilities and rectify any defects, before the political hand over of the sites. Other sites will be handed over after COVID-19 movement restrictions are eased. At the same landing sites, trainings were conducted for fisheries officers and selected fish landing site committees who will be responsible for operation and maintenance of the facilities while other will be conducted after COVID-19 restrictions on gathering are eased. 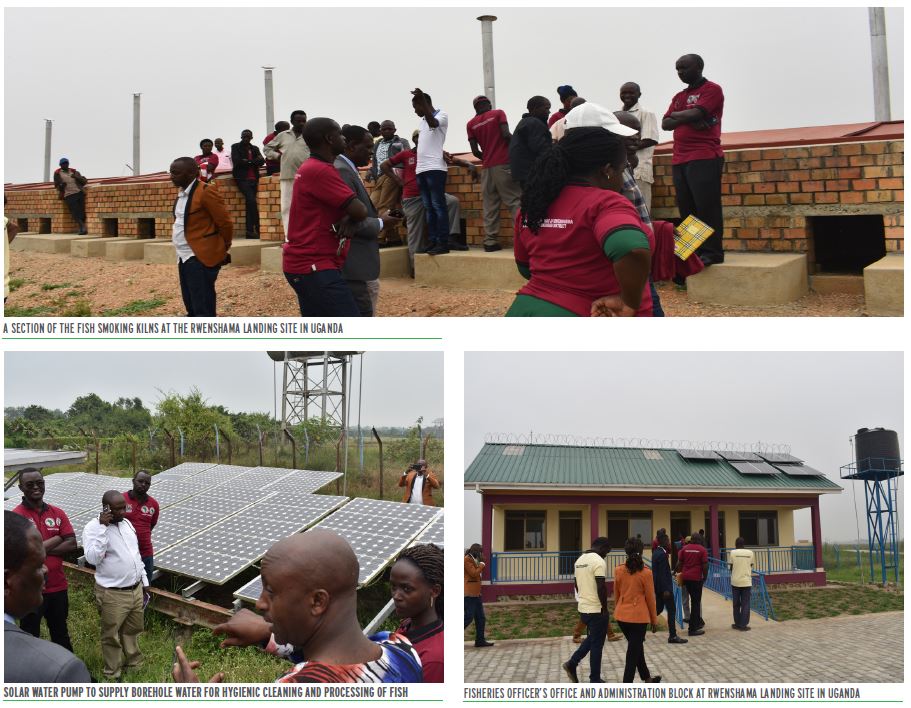